skip to main | skip to sidebar

Should Media Report the Majority or the Minority? 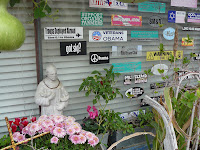 Should Media Report the Majority or the Minority?

The Media should report on both in our opinion. Do the Mason area Christian Preachers support Crockett? Anyone asked them? Crockett knows his base of support in rural Texas just like Republicans know their base! He's just selectively marketing his services to the majority of the area. Since this is a time tested winning conservative political/business strategy, who's really shocked? If Rick Perry, and his "friend" The Aga Khan, were to enter Crockett's store would Crockett refuse services to Rick's friend because he was a Muslim?